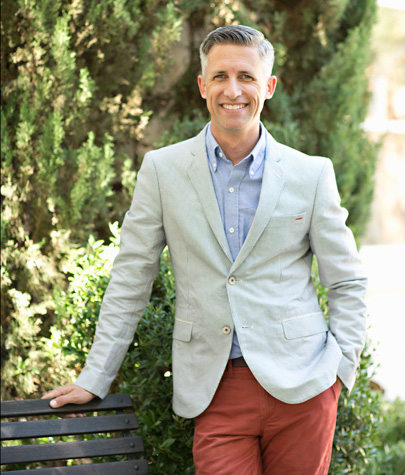 Joe Lucas started the high-end residential interior design firm Lucas Studio, Inc. with his then business partner Parrish Chilcoat in 2005. In 2008 they added Harbinger, a multiline design showroom to the growing business. Joe and Parrish met while working as senior project managers for acclaimed Los Angeles designer Michael Smith. Joe became the sole owner of both companies in 2015.

In 2008 when Harbinger opened, initially just a small retail shop, it showcased trend-resistant and traditional finds while mixing in edgier pieces such as acrylic bookshelves and modern art. Harbinger then expanded to the design trade representing an array of chic fabrics and wallpapers from designers throughout the United States, Milan and London, as well as a growing Harbinger Collection furniture line.

In 2011 Harbinger and Lucas Studio, Inc moved to a greatly expanded 5000sf retail location on famed La Cienega Blvd. The showroom currently represents over 50 lines of fabric, wallpaper, furniture, lighting, carpets and decorative arts including such well-known brand names like Merida Studio, Moore & Giles, Katie Ridder, Amanda Nisbet, Coleen & Company, Sister Parish and John Stefanidis. Joe is committed to representing lines that felt like an organic extension of his design aesthetic and takes great pride that the showroom is one of LA’s most sought after design destinations.

Joe has sat on the executive board of the La Cienega Design Quarter and is a member of the Leaders of Design Council. Joe also was proud to donate the firm’s time and talent designing the interiors on the massive historic restoration project for the Bay Head Yacht Club on the Jersey Shore. The 25,000sf project spanned over a year as the club was restored following the structural damage from Hurricanes Irene and Sandy.